BOOTH MEDIA
Book Publicity Case Study:
How to Get a Book Feature in a National Publication
September 22, 2021
Your book will get unrivaled national exposure with a classic one-page People Magazine book writeup.

Well, unrivaled except for a two-page spread in People Magazine - complete with seven photographs - now that would be unrivaled national book publicity.

I've secured just such a publicity win for my clients, the authors of Looneyspoons. Looking to land a spotlight in a big-name magazine? This book publicity case study gives you insight on how to get a book feature in a popular national publication.
Seeing the Razzle-Dazzle in a Self-Published Cookbook
When sisters Janet and Greta Podleski's solicitation for a publicist for their cookbook Looneyspoons came across my desk, I jumped at it. I saw tons of potential in their fun approach to low-fat cooking and in their personal stories. This was when low-fat cooking was all the craze and my fellow publicists at the time were indifferent to yet another low-fat cookbook. "Go for it," a colleague shrugged, assuming the self-published cookbook would go exactly nowhere.

Here's what I saw in the cookbook:


I said yes to representing them after the sisters had compiled a mountain of rejection letters from publishers and literary agents. Here's what everyone else saw:

Big Takeaway Number 1
Always look for what makes a book unique. Why would somebody buy it over a competitor's? What's its razzle-dazzle, so to speak?
Learn More Here: How to Get the Most Out of Your Publicist
Creating Publicity Momentum & Seizing It
We pulled out all the stops in creating momentum for this campaign. There were two multi-city tours. The authors did radio interviews by day and book signings by night. We built upon these successes, keeping the momentum going and landing bigger and bigger media hits. The sisters were also smiling under the bright lights of the Today Show talking about Looneyspoons and letting the host sample some of the recipes.

I emailed or called him every two weeks for six months. You read that right; I sent him over a dozen pitches and I kept at it. You know why?

Because he never said no.

But I never did the same thing twice in my pitches. I kept it interesting for him. My follow-ups included, but was not at all limited to:

People magazine's West Coast writer finally said that when book sales reached 600,000, he would pitch Looneyspoons to his editor.
Big Takeaway Number 2
Consistently follow-up with creative tid-bits of information that both educate and entertain your contact. Think of it like a trail of tasty bread crumbs you are leaving until they can't resist anymore and go in for the big bite. Yes, it's all about persistence and creativity.
Learn More: Should I Hire a Book Publicist? 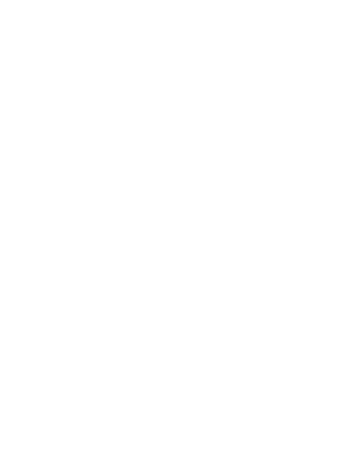 The Big Payoff: The People Magazine Spread
My contact soon pitched Looneyspoons to his editor and the editor gave the green light for an interview. Before the New York writer and photographer flew up to Canada to meet the authors, I told them to "just keep talking!" The ladies were naturally chatty and charming, so this wasn't a problem. I also suggested that they have photo ideas ahead of time.

The writer spent the whole day with them, listening to their stories and snapping loads of photographs. The months of hard work and a day of entertaining the writer paid off:

Looneyspoons landed a two page feature article with seven photographs of the authors and the book.

This is virtually unheard of for any book in People. As a long-time reader of People this was, as far as I know, totally unprecedented for a cookbook, especially by two previously unestablished writers. A number of other features in other high-profile publications fell into place after this People feature.

What I saw in the sisters and their cookbook nearly a year before proved to be correct. There was a natural human interest story in the way the women put everything on the line to pursue their dream together. I believe their personal story is as much of a reason they were blessed with a huge spread in People as the outstandingly fun cookbook itself.

The final result of this book publicity for these two wonderful women was that they sold the rights of their self-published cookbook to the big-name publisher G. P. Putnam's Sons for seven figures. (Yes, wow!)

My last takeaway is that to land a publicity win like this you should be two sisters who cook in a basement and live off savings and funds from garage sales to write a low-fat cookbook filled with original, delicious recipes and fresh, hilarious jokes.

Big Takeaway Number 3
My final thoughts are to know the audience for your publications you are targeting. People magazine was a perfect fit for these women and their story. The reason? The readers of the magazine are these women - everyday women with big dreams. I knew it was a match made in heaven and I kept at it - being persistent for months - until we landed the feature.
Stuck on how to publicize the book you've worked so hard to write? I have decades of experience creating and overseeing book publicity campaigns that rack up big interviews and increase sales, like this book publicity case study. Give me a call today!
Contact Booth Media Today
pegbooth@boothmedia.com
+1 619-980-3552
©2020 Booth Media Group

All photo and video materials belong to their owners and are used for demonstration purposes only. Please do not use them in commercial projects.